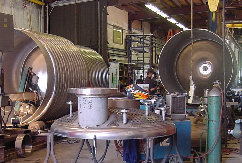 Most viscous liquid products have undesirable volatile impurities, such as excess reactants, reaction by-products, and trace impurities from feedstock. Acceptable levels of these impurities continue to decrease due to competitive and regulatory pressures. Since many viscous products are heat sensitive and shear sensitive, removing volatiles to acceptable standards becomes more challenging every year.

The solution has often been wiped-film, or thin-film evaporators. These solutions are expensive, can be fraught with rotors mechanical issues, and are significant power consumers. Degradation may also occur in shear-sensitive products.

Other producers have turned to water or solvent-aided stripping which is costly to install, operate, and maintain, and requires water/solvent separation and cleanup.

POLYSTY's DV-Plus system
is a low cost, simple system that delivers results
comparable or superior to water-aided and mechanical processes.

POLYSTY has the world's ONLY accurate model to predict the devolatizaion performance for Polystyrene as well as other polymers.

New world scale 90 kTa GPPS plant in China uses POLYSTY DV-Plus technology to obtain < 150 ppm residual monomer in all products. DV-Plus module was built on time and budget, delivered to site in western China, and startup up in October 2009.

Startup was in December 2005, during which time specification product with 120 - 150 ppm residual styrene was produced, without the use of water or anyother stripping aid. 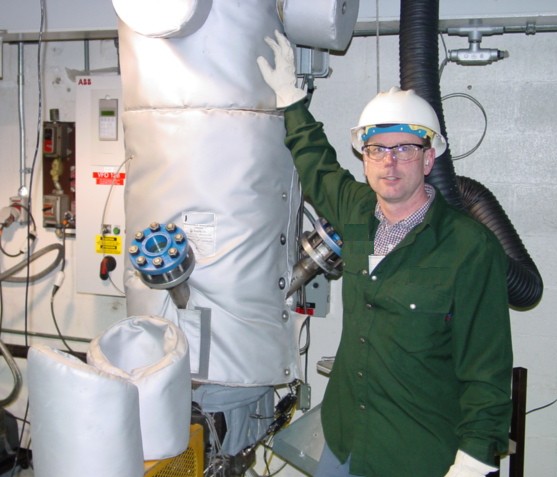 POLYSTY DV-Plus technology was licensed to a major global PS producer, including a new demonstration unit located at the company's international development center. The pilot unit demonstrated residual monomer in GPPS and HIPS products as low as 75 ppm, all without excessive heat or stripping aids of any kind.

The company is committed to include DV-Plus technology in its latest new production line.

Leading producer of silicone oil products sought to remove light oil impurities from its products, and replace existing outdated wiped film evaporator that was becoming expensive to maintain and unreliable to operate.

Impure product was shipped to POLYSTY's test facility, with target to obtain less than 0.3% volatile impurities. Product was stripped and returned to customer, whose testing obtained a range from 0.21% to 0.29% volatiles in the samples, below target on all samples.

Customer's subsequent analysis concluded that POLYSTY technology retrofit would realize a 19 month payback in terms of energy and maintenance savings, however the operating division was sold to another company before technology could be implemented.

Impure product was shipped to POLYSTY's test facility, with target to obtain less than 1.0% impurities in the product. Product was stripped and sent to customer, whose testing obtained a range from 0.17% to 0.52% volatiles in the samples, which was below target on all samples.

Customer's final market analysis did not support bringing the new product to market.

An international coatings manufacturer purchased a POLYSTY pilot unit to test versus its mechanically agitated alternative, and obtained superior results, with no moving parts. The POLYSTY unit removed volatile components more effectively, and caused less product degradation due to lower operating shear and temperature than the traditional equipment.

No material may be reproduced in part or in whole without written consent from holders.

Any comments regarding this site? Please e-mail polysty@polysty.com